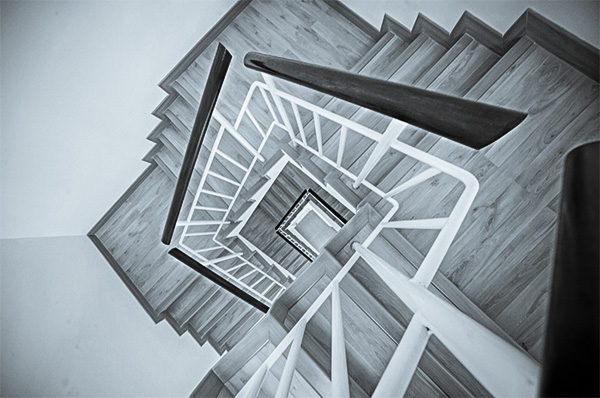 Learning democracy does not only address the individual learning of democratic rules and practices. It reaches further. It indicates the possibility of a democracy which learns to improve continuously and innovate itself. This is not waiting for the up-date or the new release. It is looking at the political order of autopoietic, self-renewing social systems knowing that the essence of excellence is a continuous learning process, not a quality. We may find this when we start to re-learn democracy.

Once upon a time, we had it all. The nations of the democratic West had democracy and free markets. And when the Berlin Wall came down in 1989, and the Cold War ended, we were even more convinced that the superior political order was democracy and the superior economic order were free markets. But those days are gone – our high-flying hopes deflated, our conviction, withered, as the 21st century has not proven to be the golden age that we had expected.

A spectre is haunting Europe – the spectre of failing democracy. The U.S. is shadowed. There is disappointment; there is discontent there is dissatisfaction. The financial crisis, the Euro crisis and the migration crisis seem to ridicule the social contract of a performance-oriented society. It is difficult to understand why austerity is imposed upon the many to bail out the few. It is difficult to detect the fundamental values of the French Revolution, that is, liberty, equality and fraternity, among the leaders, policies, and rhetoric that guide Western democracies in the 21st century.

Without clear values and exemplary leadership to call forth the best of what democratic governance offers, some of history’s uglier alternatives have become attractive on either side of the political spectrum. The strength of the centre, the very core of democracy seems to implode before our eyes.

Democracy and free markets had been, following the political scientist and economist Francis Fukuyama, regarded as the end of history, the end of development. Democratism and capitalism, hand in hand, became the idols of the late 20st century. Yet, built on one of the two severe mis-receptions of the Enlightenment, they failed shortly after. Self-organisation is not good. The invisible hand, the philosopher and economist Adam Smith spoke of, is not our friend. We better watch it. Neither in capitalism, nor in democratism does the unguided will of the masses necessarily produce any good. It may; it may not. The markets collapsed in 2007 and we do not know if democracy survives the fall-out of the 2016 events, the political irritations in the UK and the US.

It is time to re-learn democracy, to re-invest in the civic practices that create a thriving democracy, and to re-energize the foundations that make democratic governance healthy, sustainable, and prosperous. Democratic governance may not be perfect.  But if we, in our disillusionment, become dispirited and too tired to participate in this most participatory form of governance, too tired to re-energize and re-invent the best values and visions of a good society in the innovative era of the 21st century – then we are simply handing over our own power to those who are all too willing, for all the wrong reasons, to take it.

Democratic governance demands wisdom, core social values and participation. The fundamental processes of democracy are designed to allow people to share power, not to keep power tied up in a ruling family or ruling party. The processes for elections, for civil discussion, for voting, for transparency are there to engage citizens in crafting a society that is for the people, by the people, and of the people. Allowing the wealthy and powerful to rule in a democracy because they are wealthy and powerful is a dangerous game. To think that the „invisible hand“ will produce, without moral leaders and engaged voters that continuously demand and enforce accountability, responsibility, and re-investment, a good and prosperous society is to ignore, as we are experiencing, the repeated lessons from the history of human civilization. We are experiencing what happens when democratic societies and their leaders lose sight of the need, and the values, of democracy.

There is a dark side of democracy. It is called ochlocracy. It mirrors the same degeneration that turns monarchies into tyrannies and aristocracies into oligarchies. Pursuing the common good tells the one from the other. An ochlocracy is a democracy that turned into a tyranny of the majority at the cost of the minority. Checks and balances, and responsible leadership are the opposite of self-organisation. Yet, we seem to just want more of the same.

When we lost sight of the goal, we doubled the effort. – More democracy is good. Direct democracy is better. My democracy is the best. — Here the second of the two severe mis-receptions of the Enlightenment comes into the play. The emancipation of the individual started well. Increasingly, however, it begun to oscillate between hubris and burn-out. Hollywood blockbusters teach us that a small group of dedicated friends can save the world in the course of an afternoon and chill-out with pizza and beer in the evening. With great power comes great responsibility. However, if the powers are not that great as we thought and saving the world is not that easy, we may go on for a while tapping into our reservoirs until we burn out. Or we rely on the magic of self-organisation and blame it on the politicians, if this does not work either. The hubris of the individual does not accept anybody between itself and the decision. The mistrusted politicians, still willing to please the voter, embark on the idea, play it safe and strike back, they call the plebiscite a referendum and hide behind the vote of the majority. Accountability is lost in the process, missing in action. The invisible hand remains unobserved, no checks and balance and no critical eye.

The media once was a critical eye on society before it had to bow to audience ratings and bottom lines. Sex sells, and scandals, and emotions. A good story does not need to be true. Investigation, analysis and reflection fill pages but not cash resisters. In neoliberal times it is not a question of integrity, it is a question of survival. As the playwright Berthold Brecht puts it, first the grub, then the morals. The most pious man may not live in peace if he does not please his wicked neighbour, said the poet Friedrich Schiller. It is the power of context that rules not the logic of intentions and moral.

We had it all. If we do not want to lose it entirely, we may consider to re-learn democracy. And we should not fall into the trap again blaming it on the individual as a deficit of knowledge, attitude or will. We may call for the schools to educate the students well for democracy. Yet, it is rather a question of context which allows for learning and exercising democracy.

Where is the independent press? The commitment to transparency and accountability? The civic commitment of citizens to participation? It is not the app that grants direct access to the decision, it is the civic associations, clubs and societies that run themselves on democratic principles and provide an experience of democracy in action. They grant access to the debates where we do not press a button to vote, but where we are invited to argue to listen and speak on our own behalf. This is where we learn the process and understand what qualities people need to speak on behalf of others, to gain trust and show accountability. This is where we learn not to vote for the big mouth, but for the big heart.

Organisations are one of the greatest advances in the process of civilisation. They have the power to combine the individual efforts to gain something that is more than the sum of its parts. Organisations are not the opposite of self-organisation they are the result of organising activities. They can be organised for good or bad. They provide processes and structures for desirable practices, in business, in politics and all walks of life. We can organise for democracy, for democratic practices in management and administration, for participation in taking decisions, in being accountable and bearing consequences. We can organise for desirable democratic practices. We can organise for learning democracy and learning democracies.

Democracy is not the end of history. This would turn democracy into the idol of democratism and sometimes it seems as if this had already happened, not everywhere, not always, yet, we need to remember that we had organised for democracy, and as we can improve and innovate organisations we can improve, innovate and change democracies.

We can – and we have to – if we want this profoundly human political order to meet the challenges of the 21st century. And we shall remember that democracy is not for pleasing the individual’s ego it is for pursuing the common good, it is for majorities caring for minorities, the strong and bright caring for those in need.

Once upon a time, even though democracy was imperfect, it was ours. This century requires us to take up learning, and practicing, the lessons of democracy and participate in creating a better society and a better future, together. To give up learning is to fail. Let us instead succeed by re-learning democracy and re-learning how to learn, so that we may develop better answers than autocracy or ochlocracy to the questions of governing the Anthropocene.