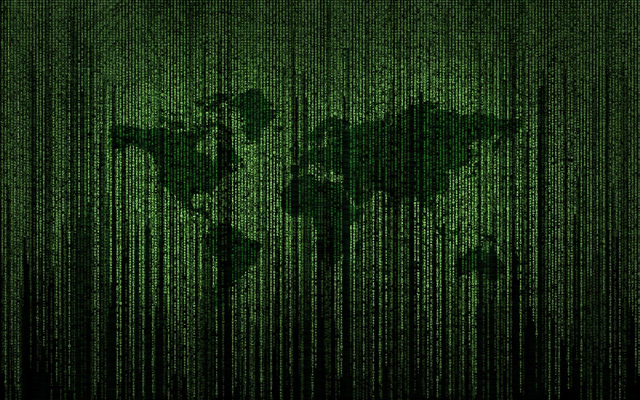 Governance needs IT and IT needs governance. If we find favourable solutions to this equation, we gain a strong ally for meeting the challenges of the Anthropocene in the 21st century, both the ecological ones as well as the political ones. Neither AI nor the famous block-chain will deliver the desirable ground-breaking changes – rethinking governance does.

Technology, as the famous US-American management scholar James C. Collins once argued in his seminal book ‘Good to Great’, is never a driver, it is an accelerator. This is the secret behind the success of Silicon Valley’s tech companies. They simply translated existing ideas into digital formats which then accelerated and scaled easily. There is nothing new about selling books or compiling a face book, engaging in discussions, and showing pictures online. It just accelerates and scales.

Technology will not save us. It is the idea it is based on that changes the world. The story of the moon-landing did not begin with a technology looking for an application. It started with an idea looking for the technology to make it happen, hence moon-shot thinking. If we want to see ground-breaking change, we need to search for ideas, not for the technology.

The challenges of the Anthropocene in the 21st century need new ideas for new solutions. New solutions, however, as Albert Einstein never ceased to emphasise, will not come from the old thinking that produced the problems in the first place. New ideas come from new thinking. Anthropocene Thinking is such a new way of thinking. It combines systems sciences, integral theory, and theories of resonance. It instigates the necessary paradigm shift to meet the challenges of climate change, the loss of biodiversity, of poverty, and of armed conflicts, to name but a few, and of course global pandemics.

The term Anthropocene reemphasises that the global challenges of the 21st century are human made. We brought them upon ourselves. And it has never been a lack of scientific knowledge about the subject matter that has kept change from happening. It has been the political inability to govern, to decide and to implement global solutions. Fishing quotas, as an example of successful governance, has helped more than anything else to improve ocean health, reported the award-winning Canadian science journalist Alanna Mitchell in her 2009 book ‘Seasick.’ Fishing quotas address the root cause instead of the symptoms. And the root cause for all these environmental and societal challenges is the unlimited exploitation of resources. The art of facilitating necessary limitations and constituting comprehensive stewardship of our planet is the art of governance.

The digital transformation of public administration opens the greatest window of opportunity we have ever seen for learning about and understanding the art of governance. Business corporations in contrast to the public sphere missed their chance already in the 1990s with the initial implementation of Enterprise Resource Planning (ERP) systems, which realised integrated IT systems of management and of business processes. It came as a humiliating surprise to the corporations to learn that they were not, as Sigmund Freud put it regarding the ego, ‘the masters in their own house.’ Translating all those directives and business processes that corporations use to describe themselves into algorithms revealed the incomplete and contradictory whole thus created. The computer said “no” for quite a while to the ideas which management had about their management and business processes. Instead of accepting the challenge and reviewing the very idea of governance, the business world chose the easy way out: ongoing quick fixes engaged and still engages legions of IT staff who keep complaining that they never get the time and the means to do it right, but always the time and the means to fix it again.

That Government Resource Planning (GRP) systems failed along the same lines when the big consulting firms resold their alleged ERP success story to the politicians did not come as a surprise.

There is always the chance to learn from failure. And the first lesson to be learnt is certainly that public administration needs to rethink itself first before it turns to technology to accelerate and scale desirable solutions.

The research on the serious games of society suggests looking at political and economic order as a set of rules and regulations facilitating a specific quality of game. We do not need to play Monopoly in a globalised economy fostering the accumulation of capital and property in the hands of just a few. If we change the rules of the game, we get another game. If we seek coherence in the rules, we can become master in our own house once again. The primacy of politics is inevitable. If we are not living up to the stewardship of our society’s fate, nobody will. Extinction then, as the gloomy prophets of the rebellion foresee, is just a matter of a few degrees and a bit of time.

Sensitivity to initial conditions and path dependency are the two aspects summarising what we can learn from chaos theory and complexity sciences. The ideas we choose to build governance on provides the initial conditions which the robust path will later depend on. Rethinking governance allows us to change the path by changing these initial conditions. And if we are really smart, the initial conditions enable a path of learning, a path of a learning governance, a learning society, and a learning economy. Well, here again, we can learn a lot from the failure of the ‘learning organisation’ which came about at the same time as the ERP systems did. They failed hand in hand, so to speak, mainly because they were not talking to each other, failing to acknowledge and embrace the trinity of technical, political, and cultural complexity.

Initial learning cannot be delegated. The Generative Pre-trained Transformer 3 (GPT-3) is an example of using AI for deep learning. Being based on an autoregressive language model, GPT-3’s full version has a capacity of 175 billion machine learning parameters. GPT-3’s natural language processing learns from all of the text on the internet and produces coherent and meaningful text on its own. While the reviews after its release in the summer of 2020 echoed amazement about the quality of the texts produced, the content had an appalling tendency to be racist, misogynist, and rude. We are back to the dependency on initial conditions. Deep learning is certain to just give us more of the same, exploring the manifestations of old thinking. To learn from old ideas does not yield the chance to overcome them.

The greatest beneficiary of the digital transformation of their public administration will be Europe. It entails opportunities to further European integration and establish a third path between the American ‘wild west` approach to technology and the imperial centralism of China. The USA still worships a quantitative approach to regulation: It praises deregulation and assumes that less regulation is better than more. We may argue, to the contrary, that it is not so much a question of quantity as a question of quality. What is needed are intelligent regulations as well as the coherence and comprehensiveness of the emerging whole. GPT-3 showed us what to expect from free reign.

The Chinese way appears more considerate than the US-American approach. However, the point of reference for this consideration is certainly far away from the European value set. Europe needs to find a way to translate its value set into a viable approach for governing digitality. Respect for human rights translates into the protection of privacy. In this regard, the General Data Protection Regulation (GDPR) – cumbersome though it is – can be called a step in the right direction. However, it only protects, it does not enable. The next step should be individual data self-determination. Why not venture introducing a system equivalent to the IBAN system of our bank accounts which protects as well as it enables? A vault containing your data which you can share with whoever you want, however you want. The data requested by your residents’ registration office could be answered by sending your data electronically, by setting up a standing mandate, or by printing out what is requested and sending it to them by mail. It would be your choice.

Establishing such an IBAN equivalent for every natural and legal person in Europe would lay the basis not only for a Europe-wide coherent system of public administration, it would allow for a Europe-wide levelled playing field similar to what Germany experienced in its initial unification of 1871. The following years of peace and prosperity are referred to as the German ‘Gründerzeit’, i.e. the era of founders. Governing digitality could plant the seeds for a blooming and fruitful European Gründerzeit.

The digital transformation provides a window of opportunity. We should have seized it wisely before it will close forever. Neither AI nor the famous block-chain will deliver the desirable ground-breaking changes – rethinking governance does.