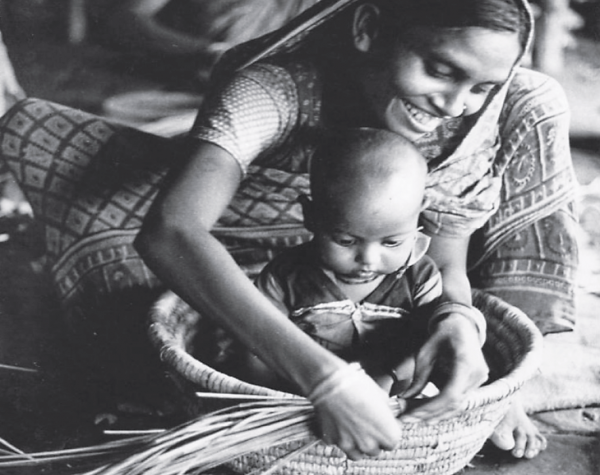 As a child, I grew up in a large community of scientists where literacy and science were the only worthwhile pursuits and credentials. In college, while studying science, other worlds opened up: a colleague of mine came from a remote village in Kerala: an entire Indian state that’s home to a vibrant community of practitioners of a sophisticated medical system called Ayurveda. His father specialised in curing victims of snake bites and was especially revered for being able to minutely classify the symptomatology and progress of the toxin. He would offer a precise prognosis of whether his cure could take effect or not and the time and stages of progression of disease or cure. Years later, when my daughter emerged from a coma induced by a whiplash injury, we navigated the slow recovery of all her faculties over a dozen years through a series of Ayurveda and yoga therapies. Formal western medicine could offer us nothing, after helping to stabilise her vital parameters in the immediate aftermath of the event.

Stemming from these experiences, I have spent  a great deal of time reflecting on healing and alternative medical systems (among other things). For example, I have personally observed, and read several  accounts, of the tremendous attention and resonant sensitivity which such healers possess towards minutiae in symptoms and other aspects. In one detailed scientific account I read,  an incredulous Western plant taxonomist describes how a certain tribal boy of 5 years unerringly distinguishes between two subspecies of herbs in the Tibetan Himalayas from minute details of overall form and leaf morphology. For all his specialised training and 3 decades of expertise, the taxonomist himself could not fathom this, unless he put the specimens under the microscope. (One subspecies yielded a dextro version of a molecule that was therapeutically inert while the other yielded the laevo version that was therapeutically effective).

In Rajagopalan, 2016, I discuss in great detail how crafts, arts and bodily practices routinely enable these kind of seemingly magical access to knowings we may never believe possible. I include some personal testimony and reproduce several accounts from published literature. One case comes to mind now – it is arresting, as all good drama is; and also points to that which we do not know that we know, which is another standard feature of good art. Clown theatre improvisation was being applied to support a trauma survivor. An improvised enactment ‘magically’ recreates an event related to the trauma, the memory of which the protagonist (who had undergone the trauma) had suppressed.

How do we respond to such phenomena? Are there ways of knowing about the world and effectively navigating in it, which differ from modern rational, logical thinking? Are such meta-rational ways of knowing admissible to science – do these approaches, for example, meet standards of consistency, replicability, and verifiability?

I have looked at the diagnostic repertoire, the records maintained, and the standardization in Ayurveda. Although the approach is complex and lacks the standard objective parameters of western medicine, it has its clear criteria, which are consistent, replicable by other practitioners and amenable to verifiability. By replacing purely “objective” criteria with more nuanced yet  learnable subjective-objective criteria, it displays a sophisticated evolution that surpasses  objective parametrization. It also acknowledges the fact that each human mind-body complex is different and that each case has to be fathomed in terms of its unique configuration.

In researching and experiencing traditional approaches to knowledge from a range of cultures, I discovered that they routinely solve problems with an ability to optimise several goals for the long term, balance the sustained welfare of several systems and apply a sharp sense of priorities for the greater good. (In contrast, the usual focus of management sciences/operations research extends to the maximising of just one goal –  maybe a few; or prioritising gains for one section or some subset of stakeholders).

I will now discuss what underlies the shared anecdotes.

One useful framework to understand other ways of knowing is to be found in a seminal and ground-breaking article on action research – Heron and Reason, 1997. Their epistemological frame, called the four ways of knowing, explains the forms of meta-rational knowing by extending rational epistemology through three additional categories. The four ways are:

These forms – experiential, presentational, propositional and practical, are basic and interdependent. They are interrelated by grounding and consummating relationships.  They are not patterned oppositionally, but are mutually supportive and can come into play simultaneously. We are usually consciously aware of only one or two of these modes at any single moment in time, due to a limitation in self-understanding that is culturally situated and prevalent in the modern West. On the other hand, traditions such as yoga, certain action research approaches (e.g. Bradbury and Reason, 2006) and some communities of practice like the Sumedhas in India (www.Sumedhas.org) specifically promote a conscious increase in simultaneous awareness. They generate the capacity for alignment and teach how to practice a conscious cycling flow across the four modes of knowing. In particular, training in arts, crafts and various bodily practices is strongly encouraged as these promote an attunement to, and reflective regulation of, the different ways of knowing.

Central to mastering the four ways of knowing is fostering the ability to attain a temporary suspension between the process of experience and its crystallized content of knowing. All too often, our rational, calculating mind rushes to immediately classify, “name” and organize our sensual experience in terms of what we already know or recognize, denying the immediate newness and rawness of the experience-in-the-now. Our description of the experience (e.g. “another sunset”) is then robbed of any vitality and originality that it could have held for us. Yet, once we have made that automatic jump, there is little to recover of the original wonder, fragrance and freshness of each such encounter, which in the hands of an artist, poet or a child, is depicted magically. Such an automatic crystallization appears as an unassailably solid, definitive knowing to our over intellectualized ways, yet it can be bereft of new learning and deprive us of the possibility of an original response (Abram, 1996, 2011).

In my doctoral thesis (Rajagopalan, 2016) two case studies are reported: in the first, I apprenticed myself as a learner to a master sculptor, and reviewed his teaching methods using the frame of the four ways of knowing. I realized that the Master’s traditional pedagogy was purposefully designed to deepen capacities in each of the four ways, engender an ongoing awareness of the deployment or access of these modes, and inculcate the ability to consciously cycle across the four ways or use them simultaneously to deepen holistic understanding. This sort of use of the four ways clearly supports movement towards a more participative and systemic worldview, and creates an enduring foundation for habitual increase in self-reflexivity6.

In the second case, I taught the four ways framework to senior corporate trainers as part of a systemic renewal exercise for their organisation. The deployment of this frame supported a deeper and counter-intuitive diagnosis of what ailed the organisation and generated an insightful goal for the organisation renewal. I used theatre exercises for the participants to experience, and not merely intellectually learn, how the four ways of knowing work.

Learning: Practicing the arts and crafts for systemic knowing

Crafts and arts serve a greater purpose than merely beautifying our life; they offer a different lens of resonant meaning and a vibrantly fresh edge to perception. In the main, they are highly disciplined ways of applying our sense perceptions for investigation, reflection and innovation. The knowledge they offer are not merely practical, but powerfully intellectual: they can help us reflect in advanced ways, on the paradigms and lenses through which we select, mediate and interpret our sensory inputs, and thus, how we see and model the world (Crawford, 2009; Sennett, 2008; Eisner, 2002; Elsass, 1992).

And…further sightings of the Heffalump

Going beyond the four ways of knowing, perhaps, lies the deepest fount and source of all knowing, resonance and energy: what the Vedic sciences call the Hiranyagarbha or the ‘golden plenum’ (womb) of silence. I have indicated how science at the margins acknowledges this (Epstein, 1996; Herrigel, 1953) and explored several other dimensions of the systemic ontology and epistemology during my doctoral research. In particular, a fundamental limitation of Western epistemology is its attribution of  intentionality as the source of all consciousness. Western epistemology equates consciousness to  the intentional creating of distinctions that channel our sense perceptions (I call this the consciousness of Striving). I argue that there is another, equally important and coexisting mode of consciousness, which I call the Abiding mode. Fundamental, paradigmatic limitations in thinking affect basic orientations: A dominance of the striving paradigm leads to scarcity thinking, competition and modeling the world in polarities and linearities; while an abiding orientation fosters abundance and sharing, and embraces paradoxes, simultaneity and multiplicities as well as their transcendence as a natural evolutionary process. My explorations in systems philosophy and practice led me to formulate a new approach I term Immersive Systemic Knowing, in contrast to the current paradigm of Critical Systems Thinking. I will  expand on its other facets in subsequent blogs.

For now, I invite responses, reflections, comments and recollections related to the four ways of knowing. Do they make sense – does each one play a role in our own life/practice? Can this framework support our quest at EUSG to change the matrix? If we agree that it is possible, we could experiment with it, and draw support from the vast available literature about this approach.

1: epistemology refers to the ways in which we make sense and know about the world.

6: this is described in detail in Rajagopalan and Midgley, 2015. This published article is an adaptation of my paper conferred the Margaret Mead Memorial Award 2015 at the ISSS.

Abram, D. (1996) The spell of the sensuous: Language and perception in a more than human world. New York: Pantheon.

Crawford, M. (2009) The case for working with your hands. Viking (an imprint of Penguin)

Epstein, M. (1996) Thoughts without a thinker: Psychotherapy from a Buddhist perspective. London: Duckworth.